My grandmother was from the Russian part of Ukraine she told me that the Ukraine soldiers in ww2 were just as bad as the nazis and she remembers them killing a teacher and his whole family and writing slava ukraine on the wall. she also said they came to her familys farm and demanded food so they had to give them a cow or be killed

More attacks on the grid today. Getting to be a dire situation

Perry Staltic said:
More attacks on the grid today. Getting to be a dire situation

Instead of negotiation attempts USA and EU double down on „assistance and support“ for Ukraine.

They really wager on sufficient AA to arrive. Until then, Ukranians are expandable and infrastructure rebuilding will be paid by European and US taxpayers. (Germans the most though, as always)

Peachy said:
A peon was fired for the AP story claiming a Russian missile struck Poland. Not the editors, or the person who hires the editors, just little-old James LaPorta
Click to expand...

A story that theoretically could’ve triggered armed conflict between NATO and Russia required less than ten minutes, one anonymous source, and just over a dozen Slack messages for the wire service to publish.

Source Code said:
My grandmother was from the Russian part of Ukraine she told me that the Ukraine soldiers in ww2 were just as bad as the nazis and she remembers them killing a teacher and his whole family and writing slava ukraine on the wall. she also said they came to her familys farm and demanded food so they had to give them a cow or be killed
Click to expand...

What a sad story. A lot of the Nazis in Ukraine today are direct descendants of these people.

Peachy said:
What a loudmouth

Well at least for some parts of the current German government this might actually have been true. I remember Christian Lindner, leader of the smallest of the three governing parties, giving interviews in the first days of the war where he more or less anticipated an early defeat of Ukraine - and he seemed kind of hoping for it to, thinly disguised as: sad but true, Russia is stronger.

Eben Scholz sometimes seemed to try to somewhat slow down Germany’s supporting efforts - but German chancellors are never souvereign in their decisions. And as Boris here implicitly admits: USA and UK were the ones pressing on. Surprise.

An early Ukranian surrender or peace talks in Istanbul would have meant: thousands of lifes saved. Infrastructure undamaged. Billions not spent.

Well, Zelensky is in place for a reason and his envoys to Istanbul were second tier diplomats if at all. And once Boris came to Kiev in March Peace was no longer an option. Then UK blew up the Nordstream-Pipes.

Again, the US-UK empire brings war upon Europe. And the rest of the collective west mere vassals unable to break their chains.


Or Boris is lying. Or it’s all another layer of sharade. Plausible deniability.

But if true, ponder what it means: To the last Ukranian, if necessary. Until the empire has met its goals.

LeeLemonoil said:
Or Boris is lying. Or it’s all another layer of sharade. Plausible deniability.
Click to expand...

It's ridiculous to entertain the notion Boris is telling the truth. Although I wouldn't pit the reason he isn't as "plausible deniability".

A lengthy conflict with a potential to escalate at any moment was always the goal. From both sides.

A critical mass must withdraw their attention and/or support from this conflict for it to proceed to a theatrical negotiation and end. The internet affords opportunity for corptocratic nations to guage us like never before.

I maintain many friendships with people who would fly Ukrainian flags. The spell they're under is a peculiar puzzle to solve.
L

Quite a lot of geopolitical developments with implications hard to assess in respective also to the war.

Saudi-Arabia signaling interest to „join“ the BRICS. Though to me it’s still more a fancy name than a truly coherently acting Bloc or alliance.

Turkey ferociously attacking Kurdish groups after rejecting USA condolences after Istanbul bombingis a curious one. The latter is quickly understood, since the US is the Champion and puppet-Master of the Kurds and many of their groupings.

Erdogan though is as always hard to read. Just playing the current situation where the US can’t afford to alienate him?

This was totally fake. Somebody's idea of a joke

Ukraine viewed at night from space at the beginning of the year and now. Photos from NASA site (link below)

The NASA Worldview app provides a satellite's perspective of the planet as it looks today and as it has in the past through daily satellite images. Worldview is part of NASA’s Earth Observing System Data and Information System. EOSDIS makes the agency's large repository of data accessible and... 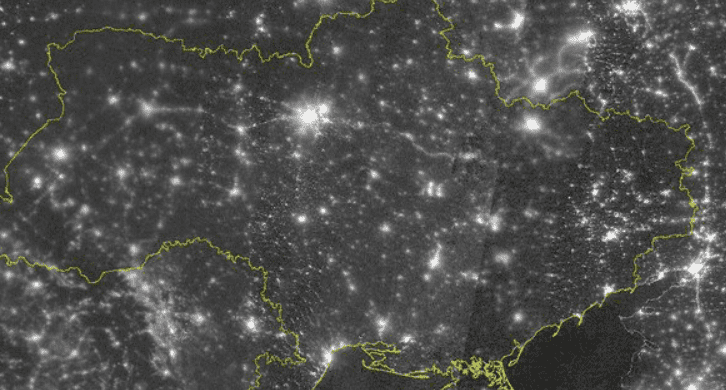 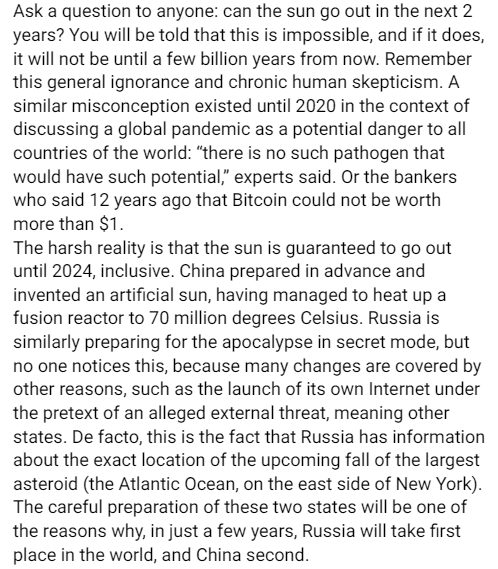 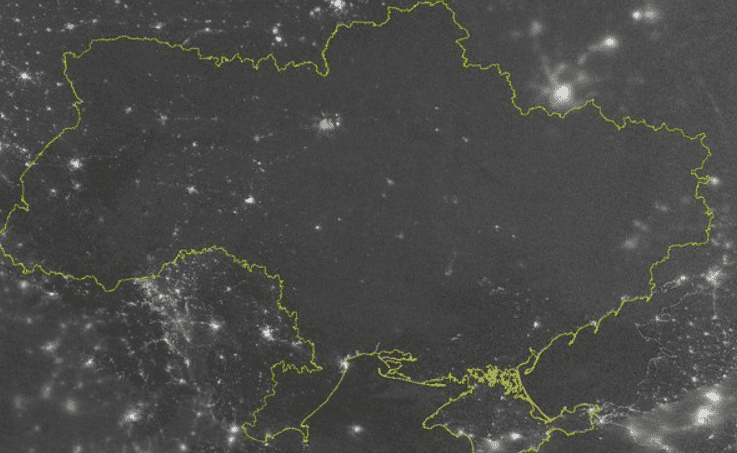 The good news is that the sun won't go out forever. No matter how sad the near future may seem, the paradox is that after the completion of the Great Reset aka Civilization Rollback, a powerful breakthrough will take place, which Mankind has not yet met.
Last edited: Yesterday at 4:29 PM

Russian President Vladimir Putin, during an event in honor of the 15th anniversary of the Rostec corporation, called Russian weapons the weapon of victory and thanked Russian gunsmiths for their hard work.

“People are hard at work, looking up to our ancestors, to the great traditions of many generations of our gunsmiths, who have proven by deed that Russian weapons are weapons of victory,” the head of state said.

The President addressed the teams of weapons factories and expressed gratitude to them for their desire to strengthen the defense of Russia so that the servicemen on the front line and at the training grounds receive everything they need.

Earlier, Putin set the task of increasing the production and supply of products for the Russian army. He stressed that the key task is to fully meet the needs of the Russian Armed Forces, primarily units and subunits that participate in a special military operation.

Why UA nazi larpers look so retarded? Are they victims of inhuman genetic experiments? 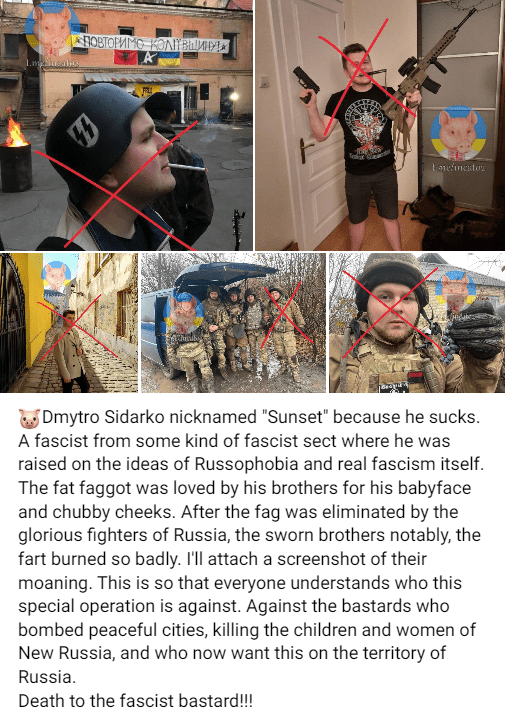 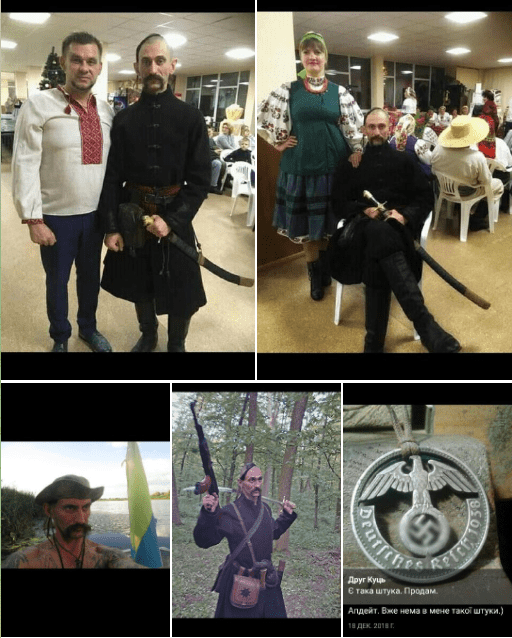 Interesting read from cia.gov about its first collaboration with Ukrainian nationals back in the late 40s. Seems they didn’t quite know what to do with Bandera.

Location
The Sultanate of Portugal

Why Poland is on its way to becoming an economic basket case.

This guy appears frequently in memes, and it's hilarious when you understand it was a staged photo shoot. Notice the guy stops acting when the cameraman speaks to him.

One of the Azov hosts. In Ukrainian, but video can be switched to English CC.
BTW, Ukrainians were not on an equal footing with Germans during the Second World War - they were mainly engaged in punitive operations. 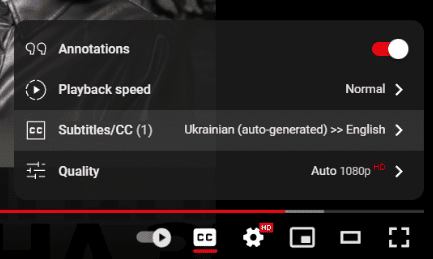 View: https://www.youtube.com/watch?v=f7TDdOWBE2c
You must log in or register to reply here.
New posts

H
Hypotheses And Lessons From Pellagra