Menu
Log in
Register
Navigation
Install the app
More options
Contact us
Close Menu
You are using an out of date browser. It may not display this or other websites correctly.
You should upgrade or use an alternative browser.

Hidden Nasties In Our Food

supercoolguy said:
When did this happen? I need to let my mens group know right away.
Click to expand...

They will be indebted to you forever

This recall comes after a month after a similar recall of Mantab Inc.’s Below Zero brand whole, frozen raspberries because of possible norovirus contamination.

The recalled product has been sold in Canada in Quebec, Ontario and Nova Scotia.”

Built Brands, LLC. of American Fork, UT, is recalling 4,196 individual bars of its “Banana Cream Pie Puffs” protein bar because of potential pathogenic E. coli contamination. The exact strain has yet to be determined.

The potential for contamination was noted after routine testing by a third-party laboratory detected the presence of E. coli.

The recalled product was distributed nationwide to 1,049 potential customers through mail orders and would have been received by customers after June 6, 2022.“ 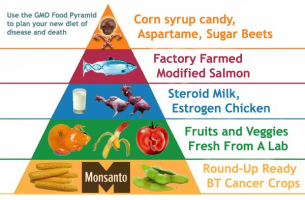 And people wonder why they are sick!

How to minimize the nasties. 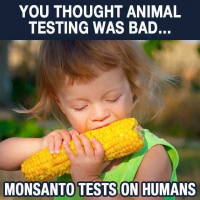 “Whenever one of the trio got sick, it would usually result in 12 hours of fever, diarrhea and cramps. Her husband and son would usually get the sickest, but they could never figure out why. They deep-cleaned their home, didn’t have anyone over for two months and ruled out everything.

Then when @kelsewhatelse found herself at the hospital for a different reason, she asked her doctor what their mysterious illness might be. The doctor suggested it could be salmonella from a Jif peanut butter recall. But the mom had already checked their main peanut butter source.

However, she alleged that when she went home, her husband asked if she had checked the smaller peanut butter cups. The mom didn’t know the family had any. It turns out that on Monday mornings, when her husband would get their son ready, he would feed him a peanut butter cup. The dad would even have some of the nut butter too.

When @kelsewhatelse checked the cups, she claimed they were, in fact, part of the recall. The mom believed the contaminated cups explained why the baby never got sick and why her husband and son were always the sickest.

The video racked up 1.9 million views on TikTok.

“So happy you shared this. I just packed those little cups to take camping. I went and checked and sure thing they were the contaminated ones,” a user commented.

“My son was hospitalized with every single symptom of salmonella. Just a few weeks later, the recall came out — all of our jars were recalled,” another said.

“Thank you I just discovered what has been making us sick for about a week,” a person wrote.“

Family claims they were accidentally 'poisoning' themselves after 9-week illness: 'This has been an ongoing medical mystery'

They got sick every Monday for over 2 months but never knew why.

www.google.com
You must log in or register to reply here.
New posts

Birth Control Use In Women -- A hidden enemy most aren't seeing? It may not be the "worst," but I think it's part of the puzzle of social "changes"...

D
Are There More Hidden Dangers In Linoleum Vinyl Flooring Than We Realize?

Is There A Hidden Subliminal Message In Ray's Work ?
5 6 7

The Hidden Hazards Of Microwave Cooking

Hidden Side Effects: Half Of Medical Studies Withhold Data On Adverse Results

W
The Hidden Truth About Aspirin
2

F
Can caraagenan be hidden on the label as "natural flavoring"

Anybody got a remedy for stomach ache from spicy food?

I
Anecdote: stress and physical activity far more important too digestion than food

F
Do you think we will have proper food shortages in the UK?

If we were going to wage a food revolution

R
Huge decrease in food quality since in COVID 2019

May 11, 2022
Lollipop2
L
I
How bad are nitrates/nitrites in food? Am I wasting my money buying uncured bacon?

N
Lower your stress with food?

An ode to grass-fed ribeye. Manliest food ever?

I think I developed an eating disorder from researching about food too much? Any advice?
2

Yesterday at 9:51 AM
Zsazsa