Books Peat Read As A Child

Listening to an interview with Peat,
"Politics & Science: A Self Ordering World"
http://www.radio4all.net/index.php/program/47094

He talks about the first serious books he read as a child.
Here are a couple that he begins with.
I've copied the Wikipedia blurbs about them.

Little Blue Books are a series of small staple-bound books published by the Haldeman-Julius Publishing Company of Girard, Kansas (1919–1978). They were extremely popular, and achieved a total of more than 300 million booklets sold over the series' lifetime.[1] A Big Blue Book range was also published.

Emanuel Haldeman-Julius, an atheist-Jew, socialist, and newspaper publisher, and his wife, Marcet, set out to publish small low price paperback pocketbooks that were intended to sweep the ranks of the working class as well as the "educated" class. Their goal was to get works of literature, a wide range of ideas, common sense knowledge and various points of view out to as large an audience as possible. These books, at approximately 3½ by 5 inches (8½ by 12¾ cm) easily fit into a working man's back pocket or shirt pocket. The inspiration for the series were cheap ten cent paperback editions of various classic works that Haldeman-Julius had purchased as a 15 year old (the Ballad of Reading Gaol being especially enthralling). He would later write:

“ It was winter, and I was cold, but I sat down on a bench and read that booklet straight through, without a halt, and never did I so much as notice that my hands were blue, that my wet nose was numb, and that my ears felt as hard as glass. Never until then, or since, did any piece of printed matter move me more deeply...I'd been lifted out of this world - and by a 10¢ booklet. I thought, at the moment, how wonderful it would be if thousands of such booklets could be made available." ”
[2]

They purchased a publishing house in Girard, Kansas, in 1919 from their employer Appeal to Reason (newspaper), a socialist weekly which had seen better days and that Haldeman-Julius edited. Though the Appeal to Reason was not the influential newspaper it had been, its printing presses (and more importantly the 175,000 names on its subscriber lists) would prove to be crucial. Haldeman-Julius, before anything had even been printed, sent an appeal to the Appeal to Reason's subscribers to send him a prepayment of $5; at 10 cents a pamphlet, he would then send them at staggered intervals 50 pamphlets which he would be able to print with the advanced monies. Things went very well:

“ "Five thousand readers took me up, which meant I had $25,000 to work with. I hurried through the 50 titles (and they were good ones, too, for I haven't believed in trash at any time in my life) and got many letters expressing satisfaction with the venture. Encouraged, I announced a second batch of 50 titles, and called for $5 subscriptions...Meanwhile, the booklets were selling well to readers who hadn't subscribed for batches of 50." ”
[3]

In just nine years the idea caught on all around the globe. The Little Blue Books were finding their ways into the pockets of laborers, scholars and the average citizen alike. The St. Louis Dispatch called Haldeman-Julius "the Henry Ford of literature". Amongst the better known names of the day to support the Little Blue Books were Emperor Haile Selassie of Ethiopia, Admiral Richard Byrd, who took along a set to the South Pole, and Franklin P. Adams of Information, Please!

Many bookstores kept a book rack stocked with many Little Blue Book titles, and their small size and low price made them especially popular with travelers and transient working people. Louis L'Amour cites the Little Blue Books as a major source of his own early reading in his autobiography, Education of a Wandering Man. Other writers who recall reading the series in their youth include Saul Bellow, Harlan Ellison, Jack Conroy, Ralph Ellison, and Studs Terkel.

The works covered were frequently classics of Western literature: Goethe and Shakespeare were well represented, as were the works of the Ancient Greeks, and more modern writers like Voltaire, Emile Zola, H. G. Wells. Some of the topics the Little Blue Books covered were on the cutting edge of societal norms. Alongside books on making candy (#518 - "How to Make All Kinds of Candy" by Helene Paquin) and classic literature (#246 - Hamlet by William Shakespeare) were ones exploring homosexuality (#692 - "Homo-Sexual Life" by William J Fielding) and agnostic viewpoints (#1500 - "Why I Am an Agnostic: Including Expressions of Faith from a Protestant a Catholic and a Jew" by Clarence Darrow). Shorter works from many popular authors such as Jack London and Henry David Thoreau were published, as were a number of political tracts written by Robert Ingersoll or Haldeman-Julius himself. A young Will Durant wrote a series of Blue Books on philosophy which were republished in 1926 by Simon & Schuster as The Story of Philosophy, a popular work that remains in print today.

Following World War II, the FBI under J. Edgar Hoover viewed the Little Blue Books' inclusion of such subjects as socialism, atheism, and frank treatment of sexuality as a threat and put Haldeman-Julius on their enemies list. This caused a rapid decline in the number of bookstores carrying the Little Blue Books, and they slowly sank into obscurity by the 1950s, although still well remembered by older people who had read them in the 1920s and 1930s.

The works continued to be reprinted after Haldeman-Julius' drowning in 1951 and were sold by mail order by his son until the Girard printing plant and warehouse was destroyed by fire in 1978.

Mutual Aid: A Factor of Evolution
by Peter Kropotkin
From Wikipedia, the free encyclopedia
http://en.wikipedia.org/w/index.php?title=Mutual_Aid:_A_Factor_of_Evolution&printable=yes

Mutual Aid: A Factor of Evolution is a book by Peter Kropotkin on the subject of mutual aid, written while he was living in exile in England. It was first published by William Heinemann in London in October 1902. The individual chapters had originally been published in 1890-96 as a series of essays in the British monthly literary magazine, Nineteenth Century.

Written partly in response to Social Darwinism and in particular to Thomas H. Huxley's Nineteenth Century essay, "The Struggle for Existence", Kropotkin's book drew on his experiences in scientific expeditions in Siberia to illustrate the phenomenon of cooperation. After examining the evidence of cooperation in nonhuman animals, in pre-feudal societies and medieval cities, and in modern times, he concluded that cooperation and mutual aid are the most important factors in the evolution of species and the ability to survive.

Daniel P. Todes, in his account of Russian naturalism in the 19th century, concludes that Kropotkin’s work "cannot be dismissed as the idiosyncratic product of an anarchist dabbling in biology" and that his views "were but one expression of a broad current in Russian evolutionary thought that pre-dated, indeed encouraged, his work on the subject and was by no means confined to leftist thinkers."[1]

Kropotkin pointed out the distinction between the direct struggle among individuals for limited resources (generally called competition) and the more metaphorical struggle between organisms and the environment (tending to be cooperative). He therefore did not deny the competitive form of struggle, but argued that the cooperative counterpart has been underemphasized: "There is an immense amount of warfare and extermination going on amidst various species; there is, at the same time, as much, or perhaps even more, of mutual support, mutual aid, and mutual defense...Sociability is as much a law of nature as mutual struggle."[2] However, Kropotkin did consider cooperation as a feature of the most advanced organisms (e.g., ants among insects, mammals among vertebrates) leading to the development of the highest intelligence and bodily organization. 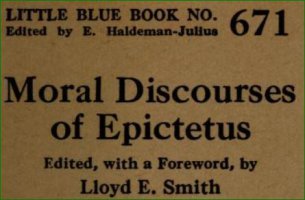 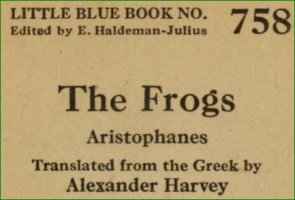 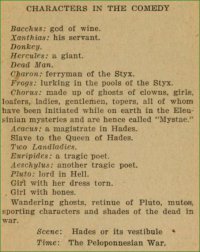 Results may vary.
You must log in or register to reply here.
New posts

S
New to Peat. Where to start (books)? Calcification...pain/hairloss

How to obtain physical copies of Peat's books?

What are good books to learn biology etc to understand the science more deeply?

Recommendations for Books on Evolution of Metabolism

Recommendations for Books on Physiology?

The problem with Peat principles

Anybody know the book on vision Peat recommended
2

Peat on the stupefying effect of language, romantic & social arrangements for greater perception of reality

TSH is inflammatory just as Dr. Peat has always said